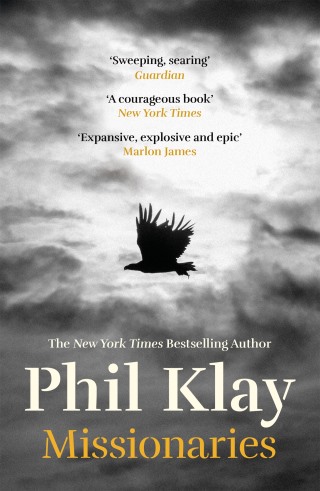 'Expansive, explosive and epic' Marlon James 'A courageous book' New York Times Book Review Neither Mason, a US Special Forces medic, nor Lisette, a foreign correspondent, has emerged from America’s long wars in Iraq and Afghanistan unscathed. Yet, for them, war still exerts a terrible draw – the noble calling, the camaraderie, the life-and-death stakes. Where else in the world can such a person go? All roads lead to Colombia, where the US has partnered with the local government to stamp out a vicious civil war and keep the predatory narco gangs at bay. Mason is ready for the good war, and Lisette is more than ready to cover it. A novel of extraordinary suspense, Missionaries is an astonishment whose unsparing drama is infused with a rare wisdom about the human heart.

Phil Klay: Phil Klay is a veteran of the US Marine Corps. He served in Iraq during the surge and subsequently received an MFA from Hunter College. His writing has appeared in the New York Times, Washington Post, Wall Street Journal, New Yorker and Granta. He is co-host of the Manifesto! podcast and is the author of Redeployment, which was a New York Times bestseller and won the National Book Award for Fiction, the John Leonard Award and the Warwick Prize. Missionaries is his first novel. @PhilKlay | philklay.com