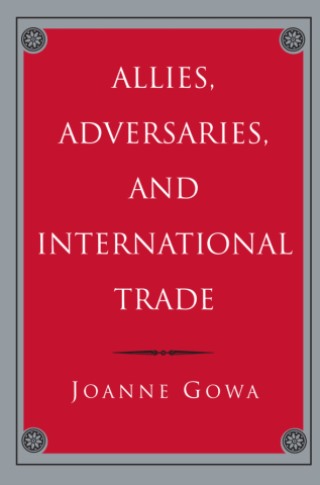 During the Cold War, international trade closely paralleled the division of the world into two rival political-military blocs. NATO and GATT were two sides of one coin; the Warsaw Treaty Organization and the Council for Mutual Economic Assistance were two sides of another. In this book Joanne Gowa examines the logic behind this linkage between alliances and trade and asks whether it applies not only after but also before World War II.

Joanne Gowa: Joanne Gowa is Professor of Politics at Princeton University. She is the author of Closing the Gold Window: Domestic Politics and the End of Bretton Woods.