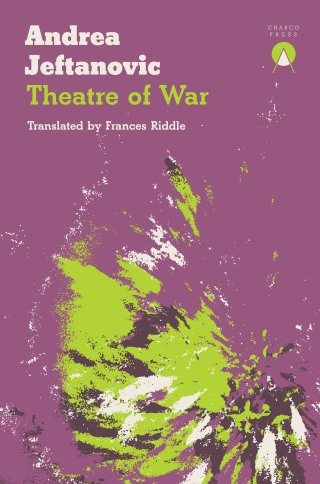 This assured debut novel from acclaimed Chilean author Andrea Jeftanovic explores the devastating psychological effects of the conflict in the Balkans on a family who flee to South America to build a new life. It is told from the perspective of the young Tamara, as she tries to make sense of growing up haunted by a distant conflict. Yet the ghosts of war re-emerge in their new land – which has its own traumatic past – to tear the family apart.Staging scenes from childhood as if the characters were rehearsing for a play, the novel uses all the imaginary resources of theatre director, set paint- er and lighting designer to pose the question: how can Tamara salvage an identity as an adult from the ruins of memory, and rediscover the ability to love? With themes that echo Elif Shafak’s The Bastard of Istanbul, a sensitive narrator recalling Eimear McBride’s A Girl is a Half-Formed Thing, and a focus on the body in the style of Elfriede Jelinek, this is an artfully construct- ed, widely praised work from one of the most exciting novelists at work in Latin America today.

Andrea Jeftanovic was born in Santiago de Chile in 1970. A critically acclaimed novelist, storyteller and essayist, Jeftanovic is considered one of the most prominent literary figures of her country and the region. She is the author of two novels and two collections of short stories. She studied Sociology at the Catholic University in Santiago and completed a PhD in Latin American Literature at the University of California, Berkeley. Jeftanovic has received several awards, including the Chilean Art Critics Circle Award and the National Book and Reading Council Award. Her work has been translated into several languages and has appeared in anthologies in Chile as well as internationally. She is a regular contributor to Quimera, Letras Libres, and El Mercurio. First published in 2000, _Theatre of War _was her debut novel and is her first book to appear in English.