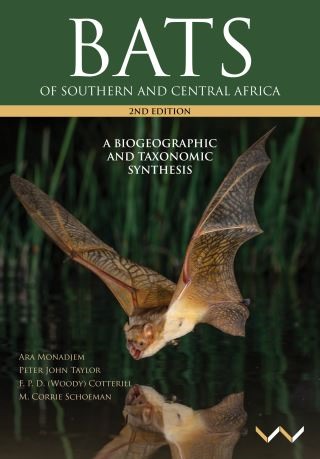 Bats of Southern and Central Africa

This revised edition of Bats of Southern and Central Africa builds on the solid foundation of the first edition and supplements the original account of bat species then known to be found in Southern and Central Africa with an additional eight newly described species, bringing the total to 124. The chapters on evolution, biogeography, ecology and echolocation have been updated, citing dozens of recently published papers. The book covers the latest systematic and taxonomic studies, ensuring that the names and relationships of bats in this new edition reflect current scientific knowledge. The species accounts provide descriptions, measurements and diagnostic characters as well as detailed information about the distribution, habitat, roosting habits, foraging ecology and reproduction of each species. The updated species distribution maps are based on 6 100 recorded localities. A special feature of the 2010 publication was the mode of identification of families, genera and species by way of character matrices rather than the more generally used dichotomous keys. Since then these matrices have been tested in the field and, where necessary, slightly altered for this edition. New photographs fill in gaps and updated sonograms aid with bat identification in acoustic surveys. The bibliography, which now contains more than 700 entries, will be an invaluable aid to students and scientists wishing to consult original research.