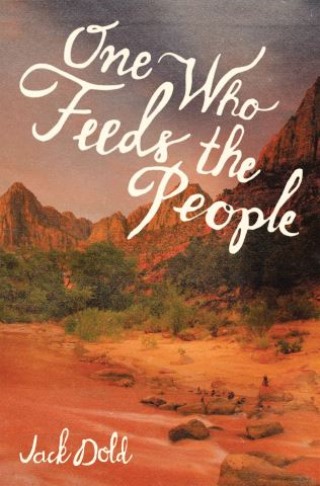 One Who Feeds the People

Rand Waller began his western experience as a guard on a Santa Fe Trail wagon train. His success as a merchant resulted in a fine life with his wife Carmen and two children. When they were tragically murdered, he escaped to the mountains, beginning a life of constant movement that made him one of the legendary figures of the West. A mountain man, an Oregon Trail guide, a river boatman, an adopted member of the Lakota Sioux, Rand found himself in almost every major event of half a century and an associate of many of the central figures, from Lincoln and Polk to Crazy Horse, Kit Carson, John Ross, Brigham Young, John C. Fremont, John Sutter and General Mariano Vallejo. Rand’s story is as spectacular as the mountains he knew so well.

Jack Dold: In Rand Waller, Jack Dold has created a central player in the drama of the opening of the American West from Saint Louis to New Mexico, California and Oregon. Waller brings to life the experiences of the Santa Fe Trail, the Oregon Train, the Mormon emigration, the California gold rush, and the tragic history of the Native Americans who were pushed aside by the flood of emigrants and the lust for gold. In his constant travels, Rand interacts with some of the most famous people of his time, including presidents, mountain men, explorers, and tribal leaders.