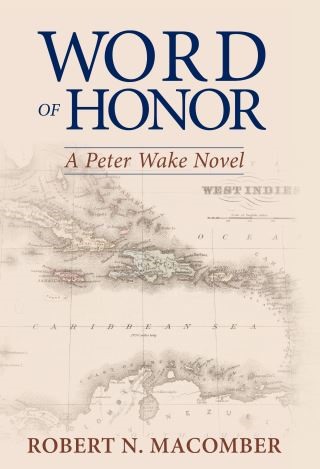 As part of the award-winning Honor Series of historical naval novels, Word of Honor is the personal memoir of protagonist Peter Wake, a veteran of espionage operations for the Office of Naval Intelligence who also has considerable sea and combat experience. At the beginning of this third book of the Spanish-American War Trilogy, it is three years after the war and Wake is called in to explain his decisions and actions in the Caribbean during the wartime summer of 1898. As he briefs his interrogators, Wake recalls surviving two major land battles and a climatic sea battle near Cuba, then taking command of auxiliary cruiser Dixon, which is manned with regular and reservist officers and men. Wake soon tackles enemy blockade-runners, participates in the invasion of Puerto Rico, encounters future president and war hero Theodore Roosevelt, and pursues an elusive Spanish ocean raider on the loose somewhere in the Caribbean. ​