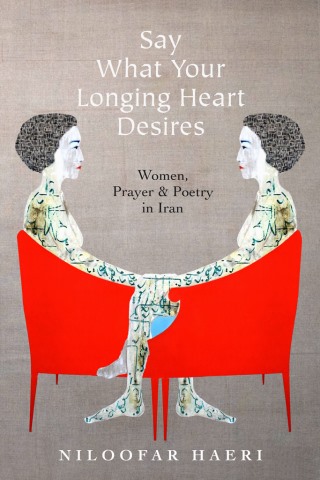 Say What Your Longing Heart Desires

Women, Prayer, and Poetry in Iran

Following the 1979 revolution, the Iranian government set out to Islamize society. Muslim piety had to be visible, in personal appearance and in action. Iranians were told to pray, fast, and attend mosques to be true Muslims. The revolution turned questions of what it means to be a true Muslim into a matter of public debate, taken up widely outside the exclusive realm of male clerics and intellectuals.

Say What Your Longing Heart Desires offers an elegant ethnography of these debates among a group of educated, middle-class women whose voices are often muted in studies of Islam. Niloofar Haeri follows them in their daily lives as they engage with the classical poetry of Rumi, Hafez, and Saadi, illuminating a long-standing mutual inspiration between prayer and poetry. She recounts how different forms of prayer may transform into dialogues with God, and, in turn, Haeri illuminates the ways in which believers draw on prayer and ritual acts as the emotional and intellectual material through which they think, deliberate, and debate.

Niloofar Haeri: Niloofar Haeri is Professor of Anthropology and the Program Chair for Islamic Studies at Johns Hopkins University. She is a Guggenheim Fellow and the author of Sacred Language, Ordinary People (2003), among other works.