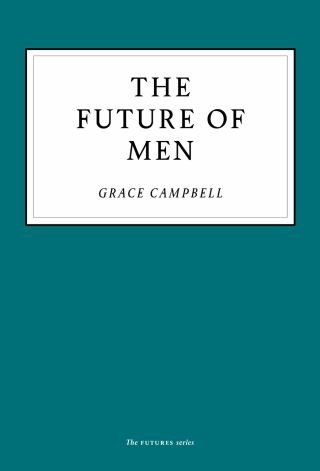 The Future of Men

Where and who do we want to be? How might we get there? What might happen if we stay on our current course?

Comedian, writer and activist Grace Campbell was born into a political environment that suggested only aggressive, dominant men – like her father Alistair Campbell – were allowed power. Seeing this, she decided that if she wanted to be powerful she had to be like him, a decision that baffled the boys she grew up with.

In The Future of Men, Grace draws on research, interviews and her own experience to examine how these dynamics and presumptions have shifted in her lifetime, and will continue to change in coming decades. Men have been writing about the future of women since words came into existence – now Grace returns the favour with this sharp, funny and personal essay.

This brief but mighty book is one of five that comprise the first set of FUTURES essays. Each standalone book presents the author's original vision of a singular aspect of the future which inspires in them hope or reticence, optimism or fear. Read individually, these essays will inform, entertain and challenge. Together, they form a picture of what might lie ahead, and ask the reader to imagine how we might make the transition from here to there, from now to then.

Grace Campbell: Grace Campbell is on a constant mission to undermine the patriarchy and poke a finger at those things in life which make women feel rubbish about themselves. She is a critically acclaimed stand-up, law-changing feminist activist, and co-host of the podcast Football, Feminism + Everything In Between with her father, Alastair Campbell. In 2019, after a sell-out run at the Edinburgh Festival of her debut show, ‘Why I'm Never Going Into Politics’, Grace launched The Disgraceful Club, a stand-up night in Soho for female and LGBTQ+ comedians to celebrate their disgraceful tendencies, own their shame, and inspire others to do the same. She lives in London. @GraceCampbell