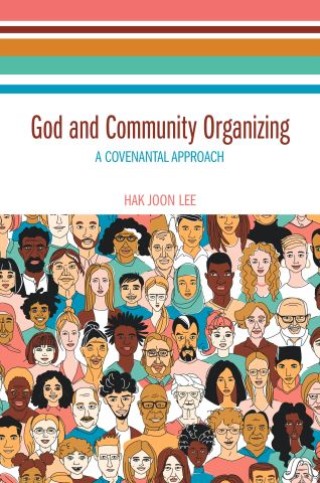 For decades, the multiple, interlocking forces of technological advances, neoliberal capitalism, and globalization have been transforming the very moral fabric and institutional underpinnings of global society. The effects of these challenges include soaring economic inequality, a widely experienced social fragmentation, and increasing disenchantment with liberal democracy and its social arrangements. This unraveling can be seen in the rise of illiberal democracy, a deepening ecological crisis, and failures of governance in coping with natural disasters and social tumults alike.

In response to this crisis of democracy and eroding community, a growing number of people have been attracted to Saul D. Alinsky’s grassroots method of community organizing.

God and Community Organizing: A Covenantal Approach is written in this cultural milieu; it brings Alinsky’s community organizing into conversation with the biblical vision of of covenant. Hak Joon Lee argues that, theologically, covenant reflects the life of the triune God who eternally organizes Godself as the Father, Son, and Spirit, while politically, covenant captures the inherent passion for justice that underlies Jewish and Christian faith. At its heart is the attempt to structure a wholesome, close-knit community of love, justice, and power. He points out that not only is covenant instrumental in the formation of God’s people as a community, but the concept has also played an important role in the rise of modern Western ideas
of democracy, constitutionalism, and human rights.

Finally, Lee explores the political and moral meanings and implications of his study for the current struggle against the neoliberal corporate oligarchy by presenting covenantal organizing as an alternative political philosophy and practice to secular liberal philosophy, postmodernism, identity politics, and communitarianism.