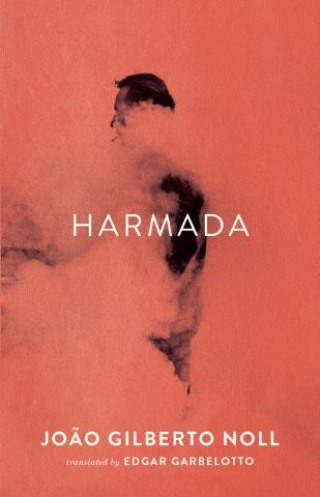 Like an Edenic Adam born from the clay, the narrator of Harmada rises to his feet from humble, stinking mud. By the novel’s end he’ll found Harmada, the capital city of a country left unnamed. How did this happen? How did he end up there? Told using Noll’s characteristic fragmented logic and spirited prose, Harmada traces the life of this unnamed man on his journey from forest-dweller to well-to-do statesman, from asylum patient to Actor to Father to God, conjuring along the way essential questions about the power of art, the vanity of glory, and the meaning of life.

A mythic tale of art and displacement, Harmada serves as yet another reminder of Noll’s sublime literary power. Often considered to be his masterpiece, Harmada is the winner of Jabuti Prize for Best Novel and was named one of Bravo! Magazines top 100 Brazilian novels of all time.

João Gilberto Noll: João Gilberto Noll (1946–2017) is the author of nearly twenty books. His work appeared in Brazil’s leading periodicals, and he was a guest of the Rockefeller Foundation, King’s College London, and the University of California at Berkeley, as well as a Guggenheim Fellow. A five-time recipient of the Prêmio Jabuti, and the recipient of more than ten awards in all, he died in Porto Alegre, Brazil, at the age of 70.