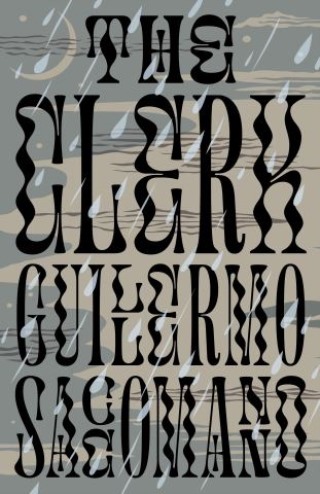 •NEW STYLE FOR SACCOMANNO: The first two Saccomanno books Open Letter published were two noir titles for which he won the Dashiell Hammett award. The Clerk will appeal to those fans along with the growing number of readers with an interest in speculative fiction.

•TIMELY: The dystopian setting hardly seems dystopian in 2020 and, like with 77, is a stark reminder of the need to retain your individuality and resist authoritarian regimes.

Guillermo Saccomanno: Guillermo Saccomanno is the author of numerous novels and story collections, including El buen dolor, winner of the Premio Nacional de Literatura, and 77 and Gesell Dome, both of which won the Dashiell Hammett Prize. (Both available from Open Letter.) He also received Seix Barral's Premio Biblioteca Breve de Novela for El oficinista and the Rodolfo Walsh Prize for nonfiction for Un maestro. Critics tend to compare his works to those of Balzac, Zola, Dos Passos, and Faulkner.