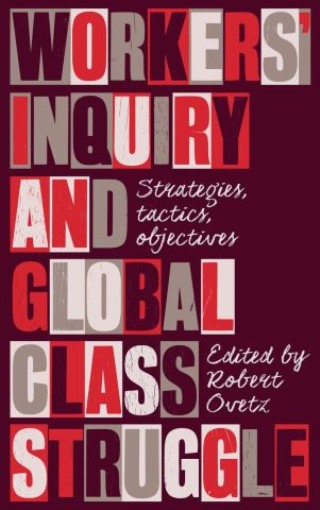 Rumours of the death of the global labour movement have been greatly exaggerated. Rising from the ashes of the old trade union movement, workers' struggle is being reborn from below.

By engaging in what Karl Marx called a workers' inquiry, workers and militant co-researchers are studying their working conditions, the technical composition of capital, and how to recompose their own power in order to devise new tactics, strategies, organisational forms and objectives. These workers' inquiries, from call centre workers to teachers, and adjunct professors, are re-energising unions, bypassing unions altogether or innovating new forms of workers' organisations.

In one of the first major studies to critically assess this new cycle of global working class struggle, Robert Ovetz collects together case studies from over a dozen contributors, looking at workers' movements in China, Mexico, the US, South Africa, Turkey, Argentina, Italy, India and the UK. The book reveals how these new forms of struggle are no longer limited to single sectors of the economy or contained by state borders, but are circulating internationally and disrupting the global capitalist system as they do.