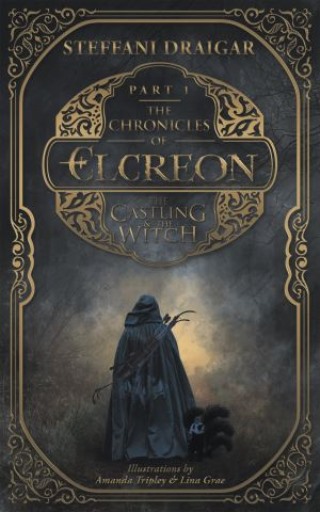 Part 1 the Castling and the Witch

Fortune favours the brave, and it is most definitely the time to be brave…

Step into the mystical world of Elcreon…  where lands are plagued by monsters and nightmarish spirits, mythical creatures run wild, spell casters use ancient magic, and people are born with unique powers.

Humans do not rule this world alone, for elves, dwarves, wilderans and deranj all vie for power and control.

A cursed child with powers that can rival beasts and slay enemies; determined to find her family and uncover the mystery of her past.

A terrible secret. A hunted abomination. A choice that will change her life forever.

United in parabond – a girl and her fearless animal companion embark on a journey, leaving a trail of trouble and bloodshed behind them.

A fantasy filled adventure that will inspire you at every turn.

Steffani Draigar: Steffani Draigar was always known as the oddball in her friendship groups. She always seemed to have her head in the clouds and her nose in a book. When she wasn’t hiding out in libraries, or showering every animal she met with affection, she was writing. Even when she shouldn’t have been. She sneakily wrote story ideas in the back room at work, or during math at school (which is partly why she’s not very good at math to this day). She doesn’t mind, though. She’d rather be dreaming up fantastical adventures, and writing them down for others to enjoy, while they procrastinate too.