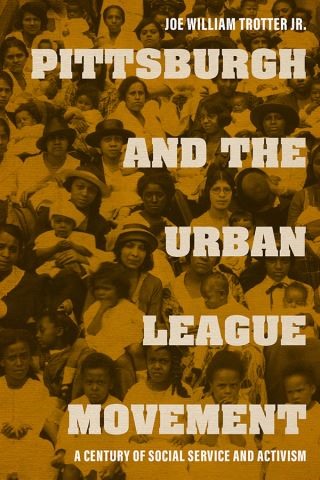 Pittsburgh and the Urban League Movement

A Century of Social Service and Activism

During the Great Migration, Pittsburgh, Pennsylvania, became a mecca for African Americans seeking better job opportunities, wages, and living conditions. The city's thriving economy and vibrant social and cultural scenes inspired dreams of prosperity and a new start, but this urban haven was not free of discrimination and despair. In the face of injustice, activists formed the Urban League of Pittsburgh (ULP) in 1918 to combat prejudice and support the city's growing African American population.

In this broad-ranging history, Joe William Trotter Jr. uses this noteworthy branch of the National Urban League to provide new insights into an organization that has often faced criticism for its social programs' deep class and gender limitations. Surveying issues including housing, healthcare, and occupational mobility, Trotter underscores how the ULP -- often in concert with the Urban League's national headquarters -- bridged social divisions to improve the lives of black citizens of every class. He also sheds new light on the branch's nonviolent direct-action campaigns and places these powerful grassroots operations within the context of the modern Black Freedom Movement.

The impact of the National Urban League is a hotly debated topic in African American social and political history. Trotter's study provides valuable new insights that demonstrate how the organization has relieved massive suffering and racial inequality in US cities for more than a century.

Joe William Trotter Jr.: Joe William Trotter Jr. is Giant Eagle Professor of History and Social Justice and director of the Center for Africanamerican Urban Studies and the Economy (CAUSE) at Carnegie Mellon University. He is the author or coauthor of numerous publications, including Race and Renaissance: African Americans in Pittsburgh since World War II, Black Milwaukee: The Making of an Industrial Proletariat, 1915--1945, and Workers on Arrival: Black Labor in the Making of America.