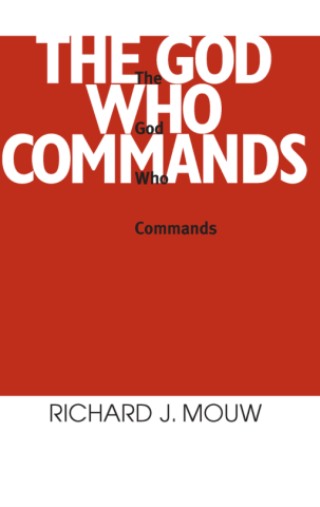 God Who Commands, The

In this book Richard J. Mouw, one of the foremost thinkers in the field of Christian ethics, develops a constructive theological ethic, employing primarily Calvinist themes. Exploring issues that are at the intersection of philosophical and theological discussions, he sets forth an ethical perspective in which obedience to divine commands occupies a central place.

After responding to some secularist objections to divine command theory, Mouw looks at the ways in which treatments of divine authority relate to contemporary philosophical discussions of moral justification. He then discusses the divine command perspective, turning to a specific examination of the Reformation emphasis on “naked selfhood.” He defends Reformational selfhood against critiques of Protestantism and explores the differences and similarities between the conceptions of moral selfhood portrayed in classical Calvinism and recent existentialism.

Examining Protestant, and especially Calvinist, emphases on divine command, Mouw argues that a divine command perspective need not be viewed as antithetical to the claims made by recent defenders of “narrativist” ethics. He explores the ways in which differing intratrinitarian emphases influence Christian moral experience, and he argues that a strong God-the-Father emphasis needs to be supplemented by perspectives that attend more to divine “nearness,” as in contemporary feminism and Pentecostalism. He concludes with some reflections on the way in which a divine command ethical perspective speaks in positive ways to the contemporary moral quest.

Richard J. Mouw, provost and professor of Christian philosophy and ethics at Fuller Theological Seminary, has published many books, including Distorted Truth.