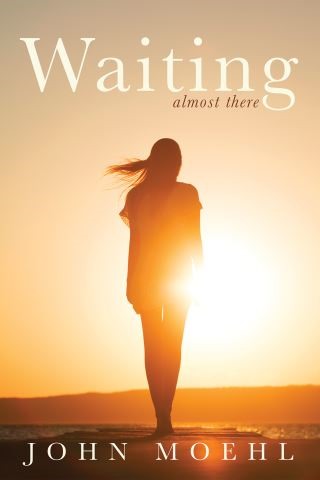 Paula thinks of herself as a typical girl from a typical family. Growing and maturing. Seeing and feeling. As she approaches adulthood, she believes she lacks a plan, a special strategy to guide her life. Nonetheless, through a series of seemingly random actions she finds herself working overseas, trying to help some of the most needy and vulnerable. Then returning home, she realizes her services are needed just as much in her own backyard. Her goal posts change as she moves down life's path. In the process, she encounters amazing people, learns amazing things, and has a miraculous encounter with death. Through it all, she battles a lifelong sense of urgency--never wanting to wait--always being forced to do so. Ultimately, in spite of her impatience, Paula realizes there is only so much she can do--she, as all of us, is too often a victim of forces beyond her control. For Paula, with age perhaps comes acceptance.

John Moehl: John Moehl was born in a sawmill town in eastern Oregon, but moved to the savannahs of Central Africa when he joined the Peace Corps in the early 1970s. For most of the following four decades, he lived and worked in Africa. Since his retirement from the United Nations in 2012, and his return to his native Oregon, he has devoted his time to writing about his experiences and the people he was fortunate enough to know.