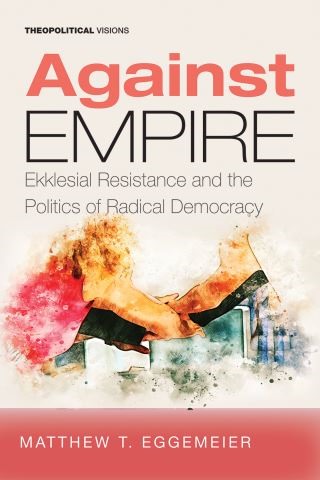 Ekklesial Resistance and the Politics of Radical Democracy

Against Empire analyzes the relationship between Christian theology and radical democracy by exploring how black prophetic thought, feminist theology, Latin American liberation theology, and peaceable theology offer plural forms of ekklesial resistance to empire: the black church (Cornel West), the ekklesia of wo/men (Elisabeth Schussler Fiorenza), the church of the poor (Ignacio Ellacuria, Jon Sobrino), and the peaceable church (Stanley Hauerwas). These approaches to Christian political engagement differ in their specific focus but share common resistance to neoliberalism, nationalism, and militarism as networks of power that intersect with racism, sexism, and neo-colonialism to form what they refer to as empire. In diverse ways, West, Schussler Fiorenza, Ellacuria and Sobrino, and Hauerwas reimagine Christian witness as a form of radical democratic resistance to empire in the face of political formations that not only block the expansion of democracy (neoliberal-neoconservative hegemony) but also attempt to retrench its achievements (authoritarian populism).

Matthew T. Eggemeier: Matthew T. Eggemeier is associate professor in the department of religious studies at the College of the Holy Cross in Worcester, Massachusetts, where he teaches courses on political theology and liberation theology. He is author of A Sacramental-Prophetic Vision: Christian Spirituality in a Suffering World (2014) and, with Peter Fritz, Send Lazarus: Catholicism and the Crises of Neoliberalism (2020).