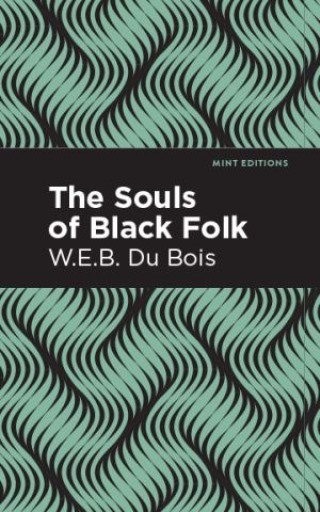 The Souls of Black Folk

Sweeping across African American history and culture in the shadow of slavery and ongoing racism, The Souls of Black Folk laid bare challenging issues sadly still relevant more than 100 years after its first publication.

This collection of 14 essays is a cornerstone work of African-American literature. The author examines history and the social conditions of his era, balancing his observations with philosophical asides and autobiographical insights. He describes the central issue of the 20th century as “the problem of the color line" --a divide both visible and invisible, a veil between blacks and the white world that needs to be broken through before those on either side of it can truly know one another. He describes the tension arising from being both black and American as a dual consciousness, a unique identity which had long been a disadvantage but could conceivably become a source of strength. First published in 1903, this profoundly influential text is an acclamation of human rights, a condemnation of the systems that infringe upon them, and one of the most significant books to contribute to the cause of racial equality in US history.

With an eye-catching new cover, and professionally typeset manuscript, this edition of The Souls of Black Folk is both modern and readable.

W.E.B. Du Bois (1868–1963) was a black American author, sociologist, historian and civil rights activist. He was the first African American to earn a PhD from Harvard University and one of the founders of the NAACP. His writings include Black Reconstruction in America, commonly considered the original pioneering work of revisionist African American history, and The Souls of Black Folk, a powerful and enduringly influential examination of the African American condition. Dr. Du Bois devoted his life to working toward equal rights and opportunities for people of color in the USA and worldwide.