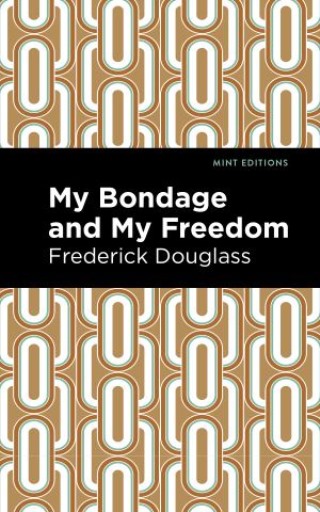 My Bondage and My Freedom

“We’ve railed against injustice for decade upon decade, a lifetime of struggle and progress and enlightenment that we see etched in Fredrick Douglass’s mighty, leonine gaze.” -Barack Obama

“My Bondage and my Freedom, besides giving a fresh impulse to antislavery literature, shows upon its pages the untiring industry of the ripe scholar.”-William Wells Brown

My Bondage and my Freedom (1845), a classic of American History writing and one of the most influential and ennobling autobiographies ever written, was composed while Fredrick Douglas was at his heights as an orator and writer. At the time of writing, Douglass had also reached the pinnacle of his work as a leader in the abolitionist movement and as an influential newspaper publisher. This incisive and eloquent book is at once an extraordinary story of resilience and a meditation on power, education, and freedom.

The depictions of Fredrick Douglass’s early life on a Maryland slave plantation, the series of relocations and abuses under various overseers, and his eventual freedom are an extraordinarily vivid portrait of the United States leading up to the beginning of the Civil War. My Bondage and my Freedom is a brilliant account of a singular life and as well as a scathing reproach to one of the darkest episodes of American history.

With an eye-catching new cover, and professionally typeset manuscript, this edition of My Bondage and my Freedom is both modern and readable.

Fredrick Douglass (1817-1895) was an American leader of the abolitionist movement who was born into a life of slavery. In 1838 he escaped his enslavement and settled in a free black community in Massachusetts, where he established a newspaper; Douglass subsequently became a prominent abolitionist speaker. After the publication of Narrative of the Life of Fredrick Douglass (1845) Douglas traveled to Europe, where he attracted large crowds. British supporters bought his legal freedom, and in 1847 he returned to the United States as a free man. Douglas went on to establish many abolitionist newspapers and wrote two more autobiographical works.