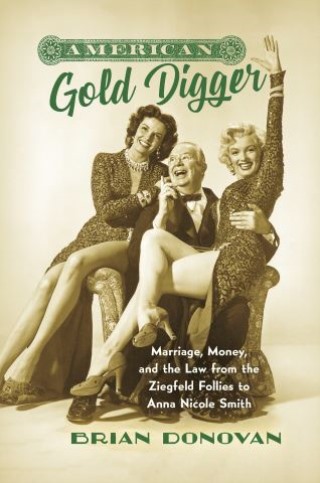 Marriage, Money, and the Law from the Ziegfeld Follies to Anna Nicole Smith

The stereotype of the "gold digger" has had a fascinating trajectory in twentieth-century America, from tales of greedy flapper-era chorus girls to tabloid coverage of Anna Nicole Smith and her octogenarian tycoon husband. The term entered American vernacular in the 1910s as women began to assert greater power over courtship, marriage, and finances, threatening men's control of legal and economic structures. Over the course of the century, the gold digger stereotype reappeared as women pressed for further control over love, sex, and money while laws failed to keep pace with such realignments. The gold digger can be seen in silent films, vaudeville jokes, hip hop lyrics, and reality television. Whether feared, admired, or desired, the figure of the gold digger appears almost everywhere gender, sexuality, class, and race collide.