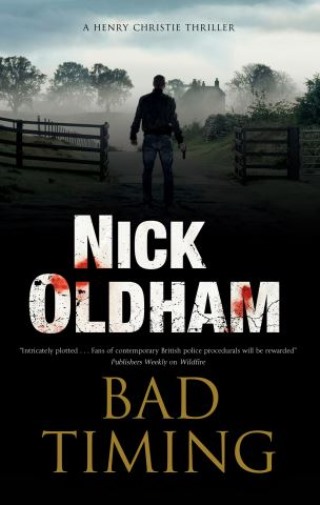 Can Henry Christie catch a merciless gunman? A breakneck novel of revenge, justice and organised crime.

Henry Christie thought he'd solved the case that drew him out of retirement, but finds himself joining forces with Diane Daniels once again when the body of a young woman is discovered close to the scene of the chilling murders that took place at Hawkshead Farm. The deaths appear to be linked, and when Henry and Diane stumble upon an execution in progress and narrowly avoid becoming victims themselves, Henry embarks on a mission to bring a merciless gunman to justice, as well as a very personal quest for revenge.

Does Henry still have what it takes to catch a ruthless serial killer? Propelled on to a trail of criminality involving money laundering and serious organized crime that stretches from Lancashire to London, Henry's bravery and resolve is about to tested to its very limits.

Nick Oldham: Nick Oldham is a retired police inspector who served in the force from the age of nineteen. As well as the acclaimed Henry Christie novels, he is the author of the Steve Flynn series.