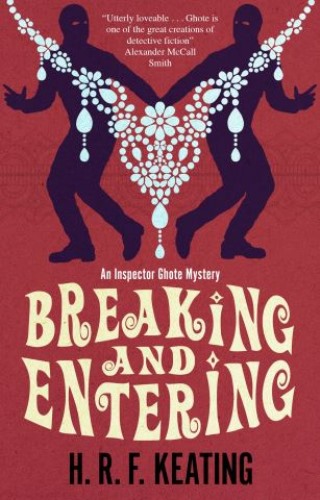 Inspector Ghote, 'one of the great creations of detective fiction' (Alexander McCall Smith), is assigned Bombay's second most important case: catching a mysterious cat burglar, who's stealing priceless jewellery from the city's richest, most influential women, in this classic mystery - with a brand-new introduction by bestselling author Vaseem Khan. All Bombay is buzzing with news of the murder of influential millionaire Anil Ajmani, who was found stabbed to death in his heavily guarded and tightly secured mansion. Every inspector in the Crime Branch hopes to be the one to nail the killer - and that includes the good-hearted Inspector Ganesh Ghote. Unfortunately for Ghote, he is assigned another, less glorious, task: that of tracking down a cat burglar, known as Yeshwant, who has been scaling apartment buildings in the dead of night to steal valuable pieces of jewellery. Aided - or perhaps hampered - by his old friend and colleague Axel Svensson, who's on a visit from Sweden, Ghote fights to uncover Yeshwant's true identity - and finds that there is more to the case than first meets the eye . . .