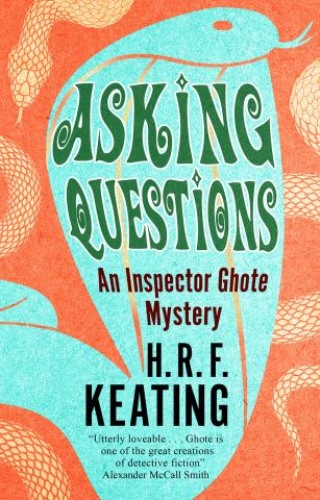 Inspector Ghote, 'one of the great creations of detective fiction' (Alexander McCall Smith), faces snakes of both the reptile and human kind when he's called in to investigate a drug smuggling case turned deadly in this classic mystery - with a brand-new introduction by bestselling author Vaseem Khan. Inspector Ganesh Ghote is taken aback when Bombay's Commissioner of Police visits him at home early one morning, with a confidential request. The commissioner's film-star friend, Asha Rani, has asked for help with an unpleasant matter at the charity she supports, the Mira Behn Institute of Medical Research. Someone is smuggling samples of an experimental medicine out of the institute, made from the venom of poisonous snakes, and the last batch nearly killed film director - and Asha's 'close friend' - Mihir Ganguly. Ghote's task, he discovers, is to find and arrest the smuggler - on some other charge. Dismayed to be asked to frame a criminal for a crime they didn't commit, Ghote nevertheless launches into the investigation with his usual thoroughness. But at the Mira Behn Institute, he comes across an unexpected - and deadly - sight: snake-handler Chandra Chagoo lying dead on the floor of the Reptile Room, a viper slithering across his back . . .