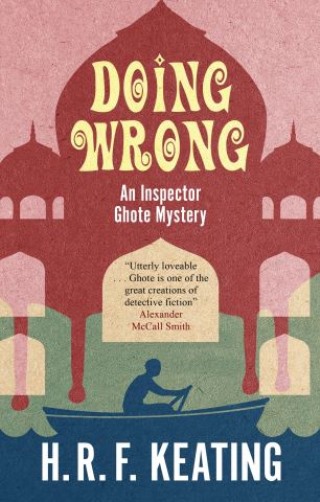 Inspector Ghote, 'one of the great creations of detective fiction' (Alexander McCall Smith), plays an unwitting game of cat and mouse with a cunning killer in the holy city of Benares, in this classic mystery - with a brand-new introduction by bestselling author Vaseem Khan. The late Mrs Shoba Popatkar was a beloved national figure, known throughout India for her lifelong commitment to virtuous causes. But now her life has been brutally snuffed out, and the killer comes from the most unlikely place: the holy city of Banares, where the waters of the Ganges welcome thousands for the ultimate pilgrimage. Inspector Ghote of the Bombay CID, sent to investigate the peculiar circumstances surrounding her murder, feels only too keenly the official pressure to come up with a simple solution. But the clues are scanty, and his only guide in the unfamiliar city is a garrulous old inspector who seems determined to tell Ghote every historical anecdote he knows. Little does Ghote know, however, that every misstep brings him closer to the killer - but the price of solving the case may be more than he is willing to pay . . .