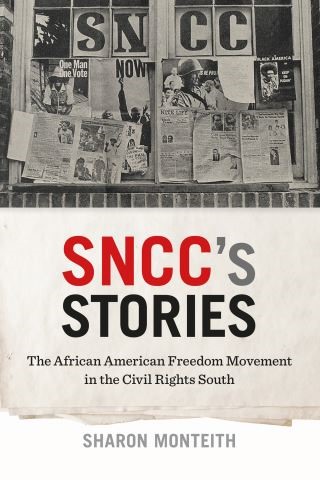 The African American Freedom Movement in the Civil Rights South

Formed in 1960 in Raleigh, North Carolina, the Student Non-violent Coordinating Committee (SNCC) was a high-profile civil rights collective led by young people. For Howard Zinn in 1964, SNCC members were “new abolitionists,” but SNCC pursued radical initiatives and Black Power politics in addition to reform. It was committed to grassroots organizing in towns and rural communities, facilitating voter registration and direct action through “projects” embedded in Freedom Houses, especially in the South: the setting for most of SNCC’s stories. Over time, it changed from a tight cadre into a disparate group of many constellations but stood out among civil rights organizations for its participatory democracy and emphasis on local people deciding the terms of their battle for social change. Organizers debated their role and grappled with SNCC’s responsibility to communities, to the “walking wounded” damaged by racial terrorism, and to individuals who died pursuing racial justice.

SNCC’s Stories examines the organization’s print and publishing culture, uncovering how fundamental self- and group narration is for the undersung heroes of social movements. The organizer may be SNCC’s dramatis persona, but its writers have been overlooked. In the 1960s it was assumed established literary figures would write about civil rights, and until now, critical attention has centered on the Black Arts Movement, neglecting what SNCC’s writers contributed. Sharon Monteith gathers hard-to-find literature where the freedom movement in the civil rights South is analyzed as subjective history and explored imaginatively. SNCC’s print culture consists of field reports, pamphlets, newsletters, fiction, essays, poetry, and plays, which serve as intimate and illuminative sources for understanding political action. SNCC's literary history contributes to the organization's legacy.

Sharon Monteith: SHARON MONTEITH is professor of American Literature and Cultural History at Nottingham Trent University. She is the author of Advancing Sisterhood? Interracial Friendships in Contemporary Southern Fiction (Georgia), coeditor of South to a New Place: Region, Literature, Culture and Gender and the Civil Rights Movement , and editor of The Cambridge Companion to the Literature of the American South.