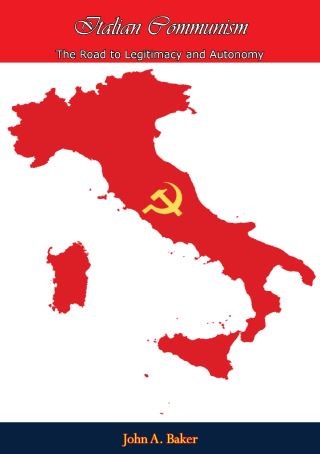 The Road to Legitimacy and Autonomy

Throughout the Cold War era, many Americans were puzzled that communism could thrive in Italy, a NATO ally with close cultural and social ties to the United States. In this study of Italian Communism and the Italian Communist Party, from its part in the Resistance during World War II to its role in Italy in the eighties, John Baker explains how Italian Communism differs from communism in other nations and why it has flourished in Italy.

Dr. Baker concentrates on the Italian Communist Party’s dilemma regarding its relationship with the Soviet Union. Since World War II, Italian Communists have sought to participate in governing Italy. As long as the Party was associated with the aspirations of the Soviet Union, however, it was suspect in the eyes of the Italian electorate and Italy’s allies. Thus, to gain influence in Italian politics, the Party was forced to “deradicalize,” that is, to disclaim endorsement of non-democratic methods and to distance itself from Soviet foreign policy. Dr. Baker traces this gradual and successful process of deradicalization.