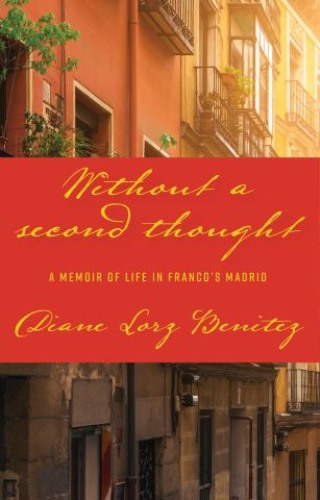 Without a Second Thought

A Memoir of Life in Franco's Madrid

Diane knew nothing about the Spanish Civil War, and the only thing she knew about the dictator Franco was that Alberto, the worldly, successful Spanish engineer she wanted to marry, called him "benevolent." Set in the 1960s and 70s, the adventure of this Spanish/American marriage during the final years of the Franco regime could only be told by someone who lived it. And for the most part loved it. Diane filled her letters home with happy anecdotes about affectionate in-laws, a fascinating language, the Byzantine bureaucracy, and doormen she thought were out to get her. But underneath the comfortable exterior lingered vague images of Franco's police and ghosts of the Civil War--the war no one spoke about, or mentioned only superficially, except for Alberto, who had recounted his harrowing experience as a teenager fleeing the siege of Madrid. It was Alberto's increasingly alarming behavior that made her fear for her marriage, and ultimately made her fear for the safety of her daughters. When she saw no other way out, she dealt with the fear the only way she knew how. The story is told with humor and heartache and an enduring love for Spain.

Diane Lorz Benitez: Diane Lorz Benitez met, fell in love, and married a handsome engineer and then promptly moved from the United States to Madrid, Spain. Her story of the rocky marriage and the haunting specter of the Spanish Civil War that sat like a pall over everything is her first book. She lives in Scottsdale, Arizona.