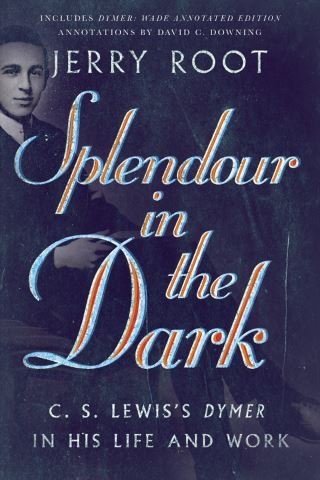 Splendour in the Dark

C. S. Lewis's Dymer in His Life and Work

Several years before he converted to Christianity, C. S. Lewis published a narrative poem, Dymer, under the pseudonym Clive Hamilton. Later, of course, Lewis became well known for his beloved imaginative stories, such as The Chronicles of Narnia and Till We Have Faces, as well as his ability to defend and articulate the faith in works such as Mere Christianity. But what about his literary work before his conversion? In this fourth volume in the Hansen Lectureship Series, Jerry Root contends that Lewis's early poem Dymer can not only shed light on the development of Lewis's literary skills but also offer a glimpse of what was to come in his intellectual and spiritual growth—a "splendour in the dark," to borrow one of Lewis's own lines from the poem. Under Root's careful analysis, Dymer becomes a way to understand both Lewis's change of mind as well as the way in which each of us is led on a journey of faith. This volume also includes the complete text of Dymer with annotations from David C. Downing, co-director of the Marion E. Wade Center. The Hansen Lectureship series offers accessible and insightful reflections by Wheaton College faculty members upon the transformative work of the Wade Center authors.