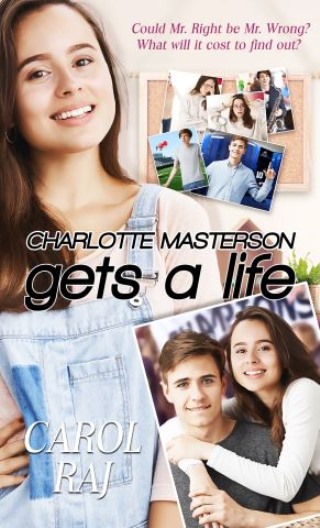 Charlotte Masterson Gets a Life

High school sophomore Charlotte Masterson isn't smart enough to be a nerd, isn't musical enough to be a band geek, or pretty enough to be popular. But when the handsome quarterback unexpectedly asks her out, she becomes part of the in crowd. It's every girl's dream come true.

Too bad she still has to depend on good old Rodney, teachers' pet, for rides. Too bad her mother is so unreasonably strict—A ten PM curfew? Just because she lied? It's not fair.

But maybe there's more to other people than Charlotte realizes. And maybe she doesn't even know everything about herself. When Charlotte Masterson gets a life, life gets interesting.

Carol Raj: Carol Raj lives in New England with her husband of more than forty years.