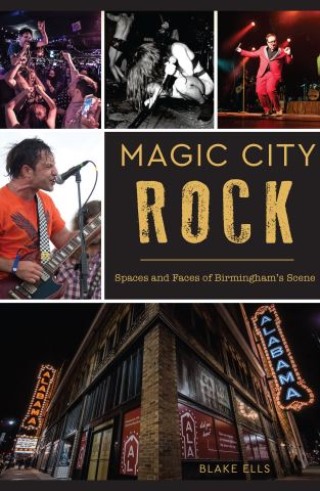 Spaces and Faces of Birmingham’s Scene

Birmingham's rock music scene has thrived on camaraderie and collaboration for decades. With no competitiveness, it has maintained a punk rock ethos while also appealing to a mainstream audience, thanks to DIY clubs and alternative radio support. Once one of the country's most successful AAA radio stations, 107.7 The X and the A&R power of station head Scott Register provided the early radio success that helped break Train, Matchbox Twenty and John Mayer. The same scene produced Jim Bob & the Leisure Suits, the Primitons, the Sugar La Las and Verbena. From local legends like Hotel and Telluride to national sensation St. Paul and the Broken Bones, writer Blake Ells tells the story of the Magic City's indelible stamp on the history of modern rock.

Blake Ells: Blake Ells is a freelance writer. His work has been published at AL.com and in the Birmingham Post-Herald, Birmingham News, Weld: Birmingham's Newspaper, Birmingham Magazine, Good Grit, Leeds Tribune and Over the Mountain Journal, among many others. Blake has served the Literacy Council of Central Alabama, where he was a past chair. He also served Alzheimer's of Central Alabama and the Alabama Symphony Orchestra. He is a proud alumnus of Auburn University and was raised in Rogersville, Alabama, but he currently resides in Birmingham. Follow him @blakeells.