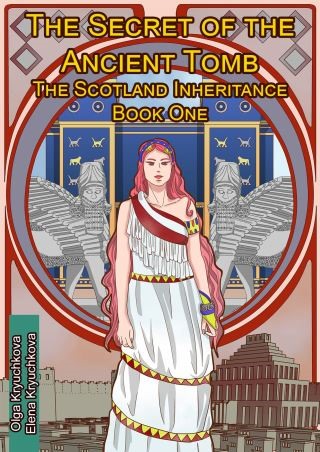 The Secret of the Ancient Tomb. The Scotland Inheritance. Book One

Victorian England. William inherits the estate from his late aunt. Now he can be sent to the archaeological expedition of which he dreamed ... Book One, The Scotland Inheritance.

Olga Kryuchkova: Olga Kryuchkova was born on August 7, 1966. After school in 1983 she entered the "Moscow College of Automation and Telemechanics" with a degree in mathematics and programming. In 1986 she entered the Moscow Aviation Institute at the faculty of Aircraft Engineering. The institute graduated in 1992. In 2006, she wrote her first novel. Her first novel was "Captain Marauders", published by Podvig-Centaur in 2007. In 2008, the novel "Baphomet" was published in the year under the name "Demon of Montsegur" in the publishing house "Veche". Works with several publishers. Has over 100 publications.
Kryuchkova Elena, daughter of Kryuchkova Olga, was born in 1992. As a teenager, she began to draw comics and graphic stories. The first published work was the prologue to the graphic history of "Vision of Sei" in the publishing house "Factory of comics" in the 5th issue of "MNG. Almanac of Russian manga", in 2012. The publication came out under the pseudonym Linda. In 2012, she graduated from college with a degree in law and social security. In 2016 she graduated from the university with a degree in jurisprudence. Works with several publishers. Has over 60 publications.
|||