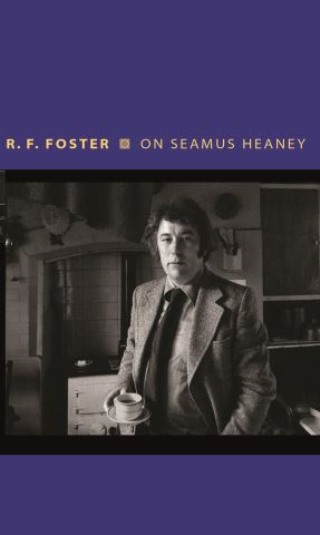 The most important Irish poet of the postwar era, Seamus Heaney rose to prominence as his native Northern Ireland descended into sectarian violence. A national figure at a time when nationality was deeply contested, Heaney also won international acclaim, culminating in the Nobel Prize for Literature in 1995. In On Seamus Heaney, leading Irish historian and literary critic R. F. Foster gives an incisive and eloquent account of the poet and his work against the background of a changing Ireland.

Drawing on unpublished drafts and correspondence, Foster provides illuminating and personal interpretations of Heaney’s work. Though a deeply charismatic figure, Heaney refused to don the mantle of public spokesperson, and Foster identifies a deliberate evasiveness and creative ambiguity in his poetry. In this, and in Heaney’s evocation of a disappearing rural Ireland haunted by political violence, Foster finds parallels with the other towering figure of Irish poetry, W. B. Yeats. Foster also discusses Heaney’s cosmopolitanism, his support for dissident poets abroad, and his increasing focus in his later work on death and spiritual transcendence. Above all, Foster examines how Heaney created an extraordinary connection with an exceptionally wide readership, giving him an authority and power unique among contemporary writers.

Combining a vivid account of Heaney’s life and a compelling reading of his entire oeuvre, On Seamus Heaney extends our understanding of the man as it enriches our appreciation of his poetry.

Roy Foster: R. F. Foster is Professor of Irish History and Literature at Queen Mary University of London and Emeritus Professor of Irish History at the University of Oxford. His many books include Modern Ireland: 1600–1972, the two-volume W. B. Yeats: A Life, and, most recently, Vivid Faces: The Revolutionary Generation in Ireland, 1890–1923. Foster’s writing has appeared in the Guardian, the New York Review of Books, the Irish Times, and many other publications. He lives in London.