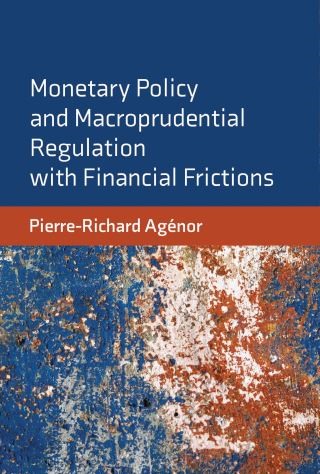 An integrated analysis of how financial frictions can be accounted for in macroeconomic models built to study monetary policy and macroprudential regulation.

Since the global financial crisis, there has been a renewed effort to emphasize financial frictions in designing closed- and open-economy macroeconomic models for monetary and macroprudential policy analysis. Drawing on the extensive literature of the past decade as well as his own contributions, in this book Pierre-Richard Age&#769;nor provides a unified set of theoretical and quantitative macroeconomic models with financial frictions to explore issues that have emerged in the wake of the crisis. These include the need to understand better how the financial system amplifies and propagates shocks originating elsewhere in the economy; how it can itself be a source of aggregate fluctuations; the extent to which central banks should account for financial stability considerations in the conduct of monetary policy; whether national central banks and regulators should coordinate their policies to promote macroeconomic and financial stability; and how much countercyclical macroprudential policies should be coordinated at the international level to mitigate financial spillovers across countries.