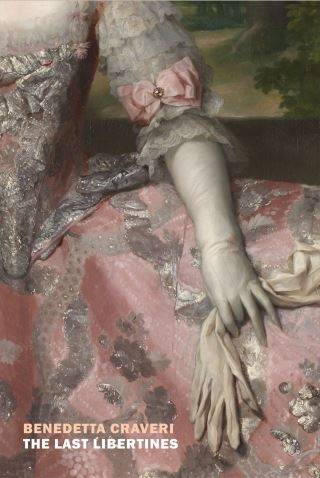 An enthralling work of history about the Libertine generation that came up during—and was eventually destroyed by—the French Revolution.

The Last Libertines, as Benedetta Craveri writes in her preface to the book, is the story of a group of “seven aristocrats whose youth coincided with the French monarchy’s final moment of grace—a moment when it seemed to the nation’s elite that a style of life based on privilege and the spirit of caste might acknowledge the widespread demand for change, and in doing so reconcile itself with Enlightenment ideals of justice, tolerance, and citizenship.” Here we meet seven emblematic characters, whom Craveri has singled out not only for “the romantic character of their exploits and amours—but also by the keenness with which they experienced this crisis in the civilization of the ancien régime, of which they themselves were the emblem.” Displaying the aristocratic virtues of “dignity, courage, refinement of manners, culture, [and] wit,” the Duc de Lauzun, the Vicomte de Ségur, the Duc de Brissac, the Comte de Narbonne, the Chevalier de Boufflers, the Comte de Ségur, and the Comte de Vaudreuil were at the same time “irreducible individualists” and true “sons of the Enlightenment,” all of them ambitious to play their part in bringing around the great changes that were in the air. When the French Revolution came, however, they found themselves condemned to poverty, exile, and in some cases execution. Telling the parallel lives of these seven dazzling but little-remembered historical figures, Craveri brings the past to life, powerfully dramatizing a turbulent time that was at once the last act of a now-vanished world and the first act of our own.

Benedetta Craveri: Benedetta Craveri is currently a professor of French literature at the University Suor Orsola Benincasa, Naples. She is a corresponding member of Accademia dei Lincei and contributes to The New York Review of Books and to the cultural pages of the Italian newspaper La Repubblica. Her books include Madame du Deffand and Her World, Mistresses and Queens, and The Age of Conversation (available from New York Review Books). She is married to a French diplomat and in 2017 was awarded the Prix mondial Cino Del Duca by l’Institut de France.

Aaron Kerner is a translator, editor, and teacher who lives in Boston.