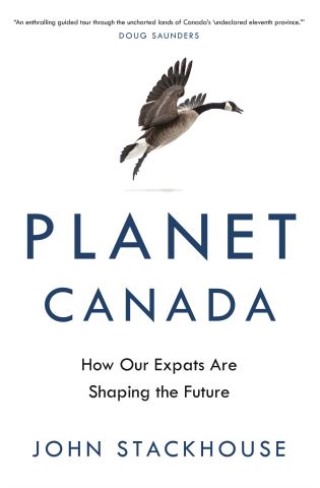 How Our Expats Are Shaping the Future

A leading thinker on Canada's place in the world contends that our country's greatest untapped resource may be the three million Canadians who don't live here.

Entrepreneurs, educators, humanitarians: an entire province's worth of Canadian citizens live outside Canada. Some will return, others won't. But what they all share is the ability, and often the desire, to export Canadian values to a world sorely in need of them. And to act as ambassadors for Canada in industries and societies where diplomatic efforts find little traction. Surely a country with people as diverse as Canada's ought to plug itself into every corner of the globe. We don't, and sometimes not even when our expats are eager to help.

Failing to put this desire to work, contends bestselling author and longtime foreign correspondent John Stackhouse, is a grave error for a small country whose voice is getting lost behind developing nations of rapidly increasing influence. The soft power we once boasted is getting softer, but we have an unparalleled resource, if we choose to use it. To ensure Canada's place in the world, Stackhouse argues in Planet Canada, we need this exceptional province of expats and their special claim on the twenty-first century.

John Stackhouse: JOHN STACKHOUSE is a nationally bestselling author and longtime foreign correspondent for the Globe and Mail and editor of Report on Business. In 2009, he became the national newspaper's editor-in-chief, a position he held for five years. He is a senior fellow at the C.D. Howe Institute and University of Toronto's Munk School of Global Affairs, and the author of books Out of Poverty: And Into Something More Comfortable, Timbit Nation: A Hitchhiker's Guide to Canada and Mass Disruption:Thirty Years on the Front Lines of a Media Revolution. He presently serves as senior vice-president in the office of the CEO at Royal Bank Canada.