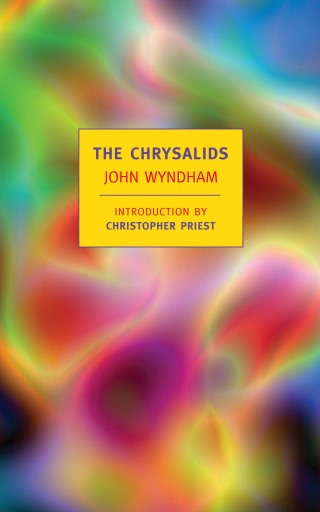 The Chrysalids is set in the future after a devastating global nuclear war. David, the young hero of the novel, lives in a tight-knit community of religious and genetic fundamentalists, who exist in a state of constant alert for any deviation from what they perceive as the norm of God’s creation, deviations broadly classified as “offenses” and “blasphemies.” Offenses consist of plants and animals that are in any way unusual, and these are publicly burned to the accompaniment of the singing of hymns. Blasphemies are human beings—ones who show any sign of abnormality, however trivial. They are banished from human society, cast out to live in the wild country where, as the authorities say, nothing is reliable and the devil does his work. David grows up surrounded by admonitions: KEEP PURE THE STOCK OF THE LORD; WATCH THOU FOR THE MUTANT.

At first he hardly questions them, though he is shocked when his sternly pious father and rigidly compliant mother force his aunt to forsake her baby. It is a while before he realizes that he too is out of the ordinary, in possession of a power that could doom him to death or introduce him to a new, hitherto-unimagined world of freedom.

The Chrysalids is a perfectly conceived and constructed work from the classic era of science fiction. It is a Voltairean philosophical tale that has as much resonance in our own day, when genetic and religious fundamentalism are both on the march, as when it was written during the Cold War.

John Wyndham is the pen name of John Wyndham Parkes Lucas Beynon Harris (1903–1969), the son of an English barrister. The boy’s parents separated when he was eight, and after attending various boarding schools, he lived off family money while trying his hand—unsuccessfully—at careers such as law, commercial illustration, and advertising. In 1924 he turned to writing, and within a number of years he was selling short stories, mostly science fiction, to pulp magazines in America, as John Beynon or John Beynon Harris. During World War II, he served behind the lines in the British army, and in 1951 he published The Day of the Triffids, his first novel as John Wyndham, and a tremendous success. John Wyndham’s six other novels include The Kraken Wakes and The Midwich Cuckoos.

Christopher Priest has published eleven novels, three short-story collections, and a number of other books, including critical works, biographies, novelizations, and children’s nonfiction. In 1996 Priest won the World Fantasy Award and the James Tait Black Memorial Prize for his novel The Prestige. His most recent novel, The Separation, won both the Arthur C. Clarke Award and the British Science Fiction Association Award.