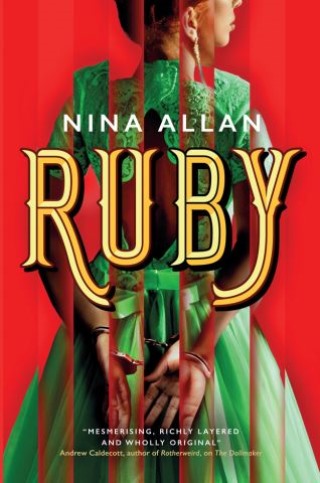 Named as one of '50 Writers You Should Read Now' by The Guardian. From the award-winning author of The Rift, Nina Allan, this early story-cycle explores the lives touched on by the enigmatic, elusive figure of Ruby Castle.

Multi-award-winning author Nina Allan takes us on a journey exploring the elliptical nature of time and place, and in precise and beautiful prose explores the very nature of storytelling.

The story of Ruby Castle is told in snapshots and fleeting glimpses and secret histories, in tales repeated and reinvented by those who fall under the horror film actress's spell: her childhood sweetheart; an antiquarian bookseller with a passion for magical artefacts; the mistress of the poet who was once Castle's lover; a young girl in a future Russia who dreams of the stars.

As worlds collide, the boundaries between the real and the fantastic begin to break down. Is Ruby Castle a living person or a collective fantasy? By the time the final page of Ruby is turned, the world that Castle created through her films has become dangerously indistinguishable from our own.