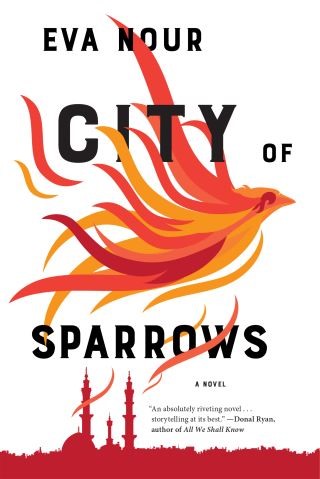 Based on a true story — the thoughtful, raw, and ultimately heartening tale of a young man fighting for survival in a city under siege

Growing up in Syria in the 1990s, Sami’s childhood was unremarkable. His day-to-day life largely sheltered him from the horrors of the authoritarian government, until he founded a successful internet company—which landed him on the regime’s radar. Suddenly Sami finds himself in jail, then forcibly enlisted into the Syrian army during the early days of a fast-growing civil uprising.

Assigned to the mapmaking division, Sami yearns to simply serve his time and go home, even as he finds himself literally charting the course of the army’s response to the growing revolt. The situation that hits him full-force when he receives a text from his girlfriend: “They’re shooting at us.”

With that, Sami realizes that it is not enough to endure Assad's regime -- he has to resist. He has to return home, to the city that will become known as the "capital of the revolution."

Based on true events as told to journalist Eva Nour, City of Sparrows is the story of coming of age under siege and the power of hope in the face of unfathomable loss.

Eva Nour: Eva Nour is a journalist writing under a pseudonym. She was inspired to write City of Sparrows, her debut novel, by meeting and falling in love with the real-life "Sami," with whom she currently lives in Paris.

Agnes Broomé is a literary translator and Preceptor in Scandinavian at Harvard University, with a PhD in Translation Studies. Her translations include August Prize winner The Expedition by Bea Uusma, August Prize nominee The Gospel of Eels by Patrik Svensson, and international bestseller For the Missing by Lina Bengtsdotter.