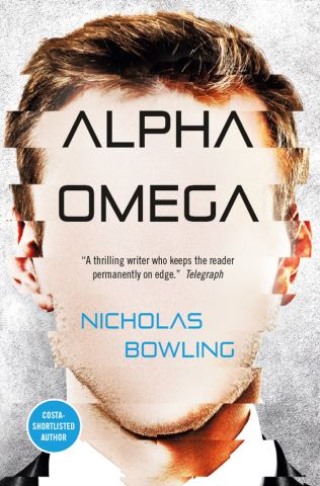 Something is rotten in the state of the NutriStart Skills Academy

With the discovery of a human skull on the playing fields, children displaying symptoms of an unfamiliar, grisly virus and a catastrophic malfunction in the site's security system, the NSA is about to experience a week that no amount of rebranding can conceal. As the school descends into chaos, teacher Tom Rosen goes looking for answers - but when the real, the unreal and the surreal are indistinguishable, the truth can be difficult to recognise.

One pupil, Gabriel Backer, may hold the key to saving the school from destroying itself and its students, except he has already been expelled. Not only that - he has disappeared down the rabbit-hole of "Alpha Omega" - the world's largest VR role-playing game, filled with violent delights and unbridled debauchery. But the game quickly sours. Gabriel will need to confront the real world he's been so desperate to escape if he ever wants to leave...

Nicholas Bowling: Nicholas Bowling is an author, musician, stand-up comic and Latin teacher from London. He graduated from Oxford University in 2007 with a BA in Classics and English, and again in 2010 with a Masters in Greek and Latin Language and Literature, before moving into teaching.

His critically acclaimed debut WITCHBORN was published in 2017 by Chicken House, and was followed in 2019 by IN THE SHADOW OF HEROES, which was shortlisted for the Costa Children's Book Award. His speculative fiction novel ALPHA OMEGA will be published by Titan in May 2020. Nicholas has also performed at the Edinburgh Fringe Festival and has recorded two albums and two EPs with Me For Queen.