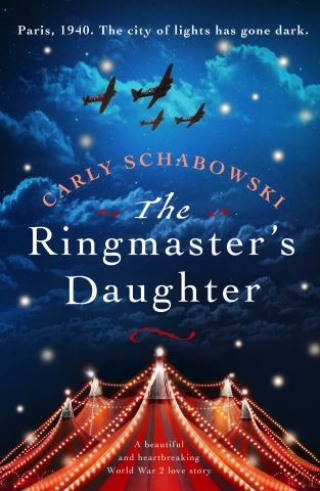 ‘Just about broke my heart… I finished this book in a couple of hours because I couldn’t put it down.’ Goodreads Reviewer, 5 stars

Paris, 1940. Twenty-year-old Michel Bonnet lives on the edge of the law, finding work where he can at the horse fairs on the outskirts of the city. But when Paris falls to the Nazis, Michel escapes as a stowaway on a secret midnight train bound for the south. It’s a journey that will change his life forever.

It’s there Michel first sees Frieda – dark-haired, mysterious and also fleeing the Germans. Homeless and hungry, Michel would do anything for a safe place to sleep… and the chance to spend one more hour with her.

But there’s something Frieda isn’t telling him, a secret she has sworn to carry to her grave. As Michel leaves Paris behind for the lavender fields and hillside villages of the rural south, he’s in more danger than he could ever know…

A heartbreaking and beautiful love story set in the darkest hours of World War Two – perfect for fans of The Nightingale and The Tattooist of Auschwitz.

What readers are saying about The Ringmaster’s Daughter:

‘This is the best book I have read this year, it is beautiful and atmospheric. The story really draws you in and you find yourself really caring about all of the characters and their battle for survival as outsiders in occupied France.’ Goodreads reviewer, 5 stars

‘I felt the heartache, fear and desperation of the characters living in France at this time… The place descriptions, particularly of Paris, were phenomenal… I read it in twenty-four hours and just could not put it down. A moving, captivating read.’ Goodreads reviewer

‘Thank you! Thank you! Thank you! Beyond amazing. I enjoyed this book so very much. The characters and storyline were fantastic. Could not put it down nor did I want to. This is going to be a must read for many many readers.’ NetGalley reviewer, 5 stars

‘The author of this book weaves a marvellous story together… It is both a thought provoking and, at times, emotionally punching read. I'm hooked. I devoured The Ringmaster's Daughter in two sessions. Brilliant story.’ Goodreads reviewer, 5 stars

‘The Ringmaster's Daughter was a true delight to read. From the very first page, the writing was absolutely gorgeous and painted such a beautiful picture with its imagery.’ Goodreads reviewer

‘Schabowski's debut novel, The Ringmaster's Daughter, is impressive in both expanse and execution. If I had to describe this novel in 3 words they would be: poignant, earnest, and undaunted. Schabowski is a gifted wordsmith… overall this novel is an affecting, entertaining, and intriguing read…