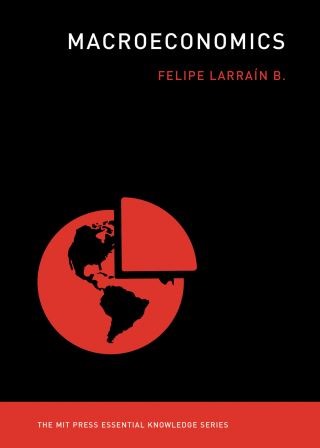 An accessible introduction to the basics of macroeconomics and how it affects the local and global economies.

Macroeconomics takes a broad perspective on the economy of a country or region; it studies economic changes in the aggregate, collecting data on production, unemployment, inflation, consumption, investment, trade, and other aspects of national and international economic life. Policymakers depend on macroeconomists' knowledge when making decisions about such issues as taxes and the public budget, monetary and exchange rate policies, and trade policies—all of which, in turn, affect decisions made by individuals and businesses. This volume in the MIT Press Essential Knowledge series offers an introduction to the basics of macroeconomics accessible to the noneconomist. Readers will gain the tools to interpret such economic events as the 2008 financial meltdown, the subsequent euro crisis, and the current protectionist dynamics seen in some developed countries.

The author, an academic economist and two-time Chilean Finance Minister, devotes a substantial part of his analysis to economic development, explaining why some countries achieve continuing economic growth while others become stagnant. He discusses the links between economic activity and employment; employment and unemployment rates; factors behind economic growth; money, inflation, and exchange rate systems; fiscal deficits; balance of payment crises; consumption and savings; investment decisions; fiscal policy; and the process of globalization and its macroeconomic implications.

Felipe Larrain B.: Felipe Larraín B. is Professor of Economics at Pontificia Universidad Católica de Chile (Facultad de Economía y Administración and the Latin American Center of Economics and Social Policies, CLAPES UC). He was  Director of CLAPES UC and was Finance Minister of Chile from 2010 to 2014 and from 2018 to 2019. The coauthor (with Jeffrey D. Sachs) of Macroeconomics in the Global Economy and (with Beatriz Armendáriz) of The Economics of Contemporary Latin America (MIT Press), he has published thirteen books and more than 120 scholarly articles. He has been named Finance Minister of the Year for Latin America and the Americas several times.