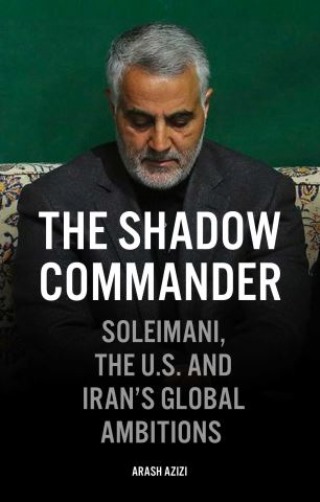 Soleimani, the US, and Iran’s Global Ambitions

When the US assassinated Qassem Soleimani in January 2020, he was one of the most powerful men in Iran. The military spearhead for Iranian foreign policy, he enacted the wishes of the country’s Supreme Leader, establishing the Islamic Republic as a major force in the Middle East. He masterminded interventions in Afghanistan, Iraq, Lebanon, Syria and Yemen, supporting Iran’s allies and campaigning against the Taliban, US forces, Israel and ISIS. But all this was a long way from where he began – on the margins of a country whose ruler was regarded as a friend of the West.

In this gripping account, Arash Azizi examines Soleimani’s life, regional influence and future ambitions. He breaks new ground through interviews with Iranians, Afghans, Iraqis and Syrians who knew Soleimani for years, including his personal driver, the aides who accompanied him to his Moscow meeting with Vladimir Putin, and his brother. Through Soleimani, Azizi reveals the true nature of Iran’s global ambitions, providing a rare insight into a country whose actions are much talked about but seldom understood.

Arash Azizi: Arash Azizi is a historian at New York University where he researches the transnational links that tied Iran and the Arab world during the Cold War. He has written for numerous publications, including the New York Times, Washington Post, Guardian and Vanity Fair, and several of his book-length translations have appeared in Iran and elsewhere. He lives in New York City. @arash_tehran