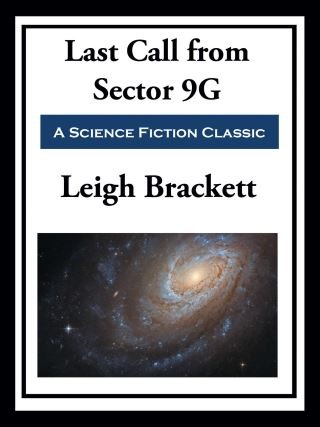 Out there in the green star system; far beyond the confining grip of the Federation, moved the feared Bitter Star, for a thousand frigid years the dark and sinister manipulator of war-weary planets. Leigh Brackett was the undisputed Queen of Space Opera and the first women to be nominated for the coveted Hugo Award. She wrote short stories, novels, and scripts for Hollywood. She wrote the first draft of the Empire Strikes Back shortly before her death in 1978.

Leigh Brackett: Leigh Douglass Brackett (December 7, 1915 – March 18, 1978) was an American writer, particularly of science fiction, and has been referred to as the Queen of Space Opera.