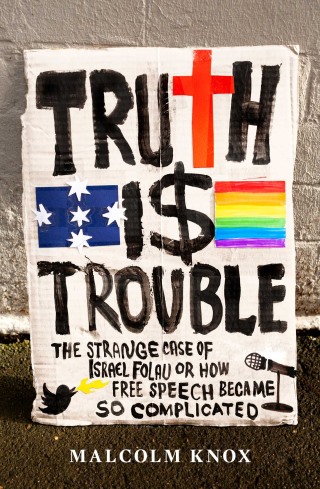 The strange case of Israel Folau, or How Free Speech Became So Complicated

From the marriage equality debate to the COVID-19 lockdown, ‘free speech’ has become the new battleground in Australian society. What does the furore over one footballer’s social media postings reveal about how it got that way?

For a period in 2019, a tweet from rugby player Israel Folau became the biggest story in the nation. His urging of homosexuals to ‘repent’ or face damnation cost him his job and divided the country. Churches and politicians, employers and labour lawyers, sponsors and shock jocks, even people who had never heard of Folau – everyone had an opinion about his right to express his view, and many shouted it from the digital rooftop.

Now that the dust has settled, the real question emerges. When celebrities, and sportspeople in particular, are regularly ‘rehabilitated’ after incidents involving drink, drugs and domestic violence, why was it religious belief that got someone fired?

In this powerful and insightful work, triple Walkley Award-winning journalist Malcolm Knox explores how freedom of expression has become our national faultline. Truth is Trouble explores the rise of the religious right and its political consequences; the ‘right to be a bigot’ versus ‘cancel culture’; the changing nature of our rights at work and the separation between public and private lives; and above all, the incendiary power of social media. And by interrogating his own experience, Knox offers a convincing and heartfelt argument for the virtues of uncertainty and an open mind.

Malcolm Knox:
Malcolm Knox is the former literary editor and award-winning cricket writer of the Sydney Morning Herald, where he broke the Norma Khouri story, for which he won one of his three Walkley Awards. He is the highly acclaimed author of seven novels and numerous works of non-fiction.