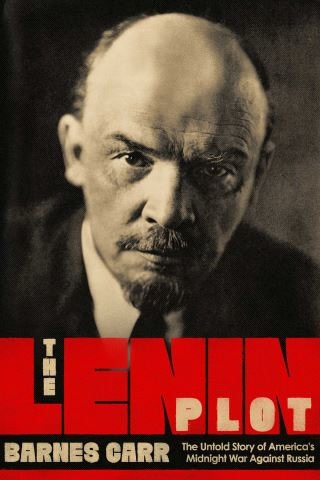 The Unknown Story of America's War Against Russia

It remains the most audacious spy plot in American history—a bold and extremely dangerous operation to invade Russia, defeat the Red Army, and mount a coup in Moscow against Soviet dictator Vladimir Ilich Lenin. After that, leaders in Washington, Paris, and London aimed to install their own Allied-friendly dictator in Moscow as a means to get Russia back into the war effort against Germany. The Lenin Plot had the “entire approval” of President Woodrow Wilson. As he ordered a military invasion of Russia, he gave the American ambassador, the U.S. Consul General in Moscow, and other State Department operatives a free hand to pursue their covert action against Lenin. The result was thousands of deaths, both military and civilian, on both sides. A must-read for anyone seeking to understand the true beginning of the Cold War, The Lenin Plot tells the shocking story of this untold episode in American history in fascinating and striking detail.

Barnes Carr: Barnes Carr was for many years a journalist for daily newspapers in Mississippi, Memphis, Boston, Montreal, New York, New Orleans, and Washington, D.C. He was trapped in New Orleans during Hurricane Katrina and the short story he wrote about the experience was awarded a William Faulkner Gold Medal. His first book, Operation Whisper: The Capture of Soviet Spies Morris and Lona Cohen, was published by the University Press of New England. Barnes lives in Houston, Texas.