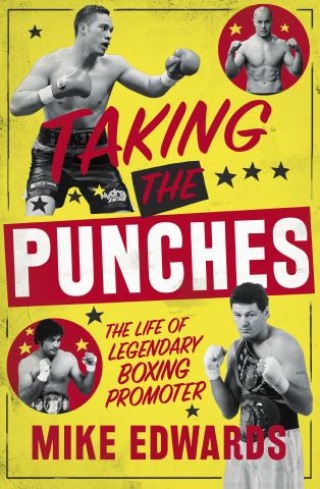 A story of the cut-throat world of promoting in New Zealand boxing, from the 1960s to the modern era, as told by legendary trainer and promoter Mike Edwards.

'Who would want to be a boxing promoter? It's like being on a treadmill you can't get off, as you forever chase the elusive pot of gold at the end of the rainbow.'

From an Otahuhu boxing gym in the 1960s through to the height of the modern era, enter a world of showmen and superstars, brawlers and shysters: Taking the Punches is about the cut-throat world of boxing in New Zealand and Australia, from legendary trainer and promoter Mike Edwards.

Anyone who is anyone in the story of New Zealand boxing has worked with (or against) Mike, including Tony Mundine, Anthony Bigeni, Kevin Barry, Lance Revill, Monty Betham Snr, Paul Murdoch and Joseph Parker, to name a few. Taking the Punches is an incredible chronicle of some 60 years in boxing.

'...life is always made easier by having a good man in your corner, and there are none better than Mike.' - Monty Betham Jnr

Mike Edwards' career in boxing began as a novice amateur in the 1960s, training under the tutelage of George Cammick at his gym in Otahuhu. Later, Mike would become a successful trainer, working with Anthony Bigeni, the only New Zealand boxer to challenge twice for a world title, and the Australian former pro boxer Paul Murdoch. Following in his father's footsteps, Mike became a boxing promoter in the 1980s, with his inaugural match, Lance Revill against Monty Betham Snr.

Even at 77, Mike still trains most days on the boxing bag and in the ring, either in his garage or at his son David's gym in Pakuranga, East Auckland.