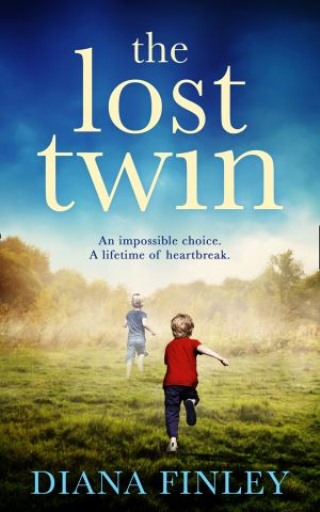 A gripping and emotional story about family, secrets, and never giving up hope. Perfect for fans of Ali Mercer, Kelly Rimmer and S. D. Robertson.

When a child is lost, can the heart ever recover?

Marie Tully is eighteen when she gives birth to twins at a home for unmarried mothers. Penniless and alone, Marie is forced to make an impossible choice. One she will regret for the rest of her life.

Against the odds, Marie raises her son Barry and gives him a good life. Yet she can never bring herself to tell him that somewhere out there, he has a twin brother.

But secrets can’t stay buried forever. And when Barry learns the truth, it threatens to tear mother and son apart all over again.

Will the family ever be reunited? And can the scars of a lifetime ever truly heal?

What readers are saying about The Lost Twin

‘I was hooked from the first page’

‘This is the first novel I have read by this author but I hope it will not be the last!’

‘It blew me away. Had me on the edge of my seat. A real nail biter’

‘This was a good read, and has a very unexpected twist!’

DIANA FINLEY was born and grew up in Germany, where her father was a British Army officer. After a move to London, at eighteen, Diana spent a year living with nomadic people in the remote Pamir mountains of Afghanistan – an experience about which she wrote several stories and accounts. These helped secure her first job, as copywriter and then as writer and editor of children’s information books for Macdonald Educational Publishers.

A move to North East England meant changing direction. Diana took a degree in Speech and Psychology, and worked for many years as a Specialist in Autism, publishing a professional book. In 2011 she completed an MA in Creative Writing with distinction at Newcastle University.

Diana enjoys exploring complex and often contradictory characters and emotions in her writing. Finding Lucy, her second novel, is a dark, intriguing, psychological story about every parent’s worst nightmare – a stolen child.