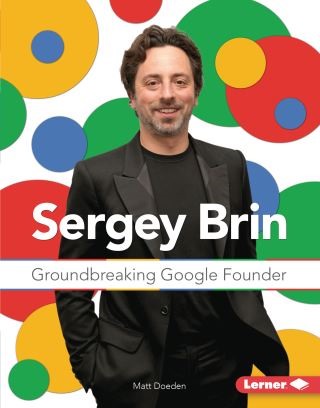 You might not know the name Sergey Brin. But you definitely know the name of his most famous creation: Google. The search engine is so popular that when people say they’re going to look up information online, they just say they’re going to "google it". Brin and his friend Larry Page launched Google when they were students at Stanford University. Their company went on to dominate the internet with Gmail, Google Earth, Google Images, and more.


But Brin is much more than a tech guru. When he was a child, his family fled the Soviet Union for a life of freedom in the United States. As an adult, Brin has spoken out against US government efforts to cut the number of immigrants allowed into the country. He believes the United States should continue to be a place of opportunity for immigrants, as it was for him. Brin also works to fight climate change by investing in power sources that don’t produce climate-changing gases, and he works with organizations and researchers who are trying to develop better treatments for Parkinson’s disease, which runs in his own family.

In 2019 Brin announced that he was stepping down from his job as head of Google. But he won’t slow down in his work to use cutting-edge technology to make the world a better place.

Matt Doeden: Matt Doeden began his career as a sports writer. Since then, he's spent more than a decade writing and editing children's nonfiction. Matt lives in Minnesota with his family.