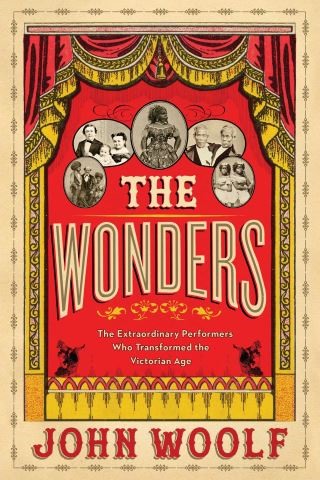 On March 23, 1844, General Tom Thumb, just 25 inches tall, entered the Picture Gallery at Buckingham Palace and bowed low to Queen Victoria. On both sides of the Atlantic, this meeting marked a tipping point in the nineteenth century, and the age of the freak was born.Bewitching all levels of society, it was a world of curiosities and astonishing spectacle—of dwarfs, giants, bearded ladies, Siamese twins, and swaggering showmen. But the real stories—human dramas that so often eclipsed the fantasy presented on the stage—of the performing men, women and children, have been forgotten or marginalized in the histories of the very people who exploited them. In this richly evocative account, John Woolf uses a wealth of recently discovered material to bring to life the sometimes tragic, sometimes triumphant, always extraordinary stories of people who used their (dis)abilities and difference to become some of the first international celebrities. Through their lives we discover afresh some of the great transformations of the age: the birth of show business, of celebrity, of advertising, and of “alternative facts” while also exploring the tensions between the power of fame, the impact of exploitation, and our fascination with “otherness.”

John Woolf: Dr. John Woolf is a researcher, writer, and historian specializing in nineteenth­century cultural history. Having read history at the University of Cambridge, he went on to obtain a PhD on Victorian freak shows and currently works across TV, radio, and film. He has most recently cowritten the bestselling Audible book Stephen Fry's Victorian Secrets and has developed and featured in a number of BBC series and documentaries on freak performers and the Victorian period. In 2017, The Wonders was awarded the Biographers' Club Tony Lothian Prize for the best proposal for an uncommissioned first biography.