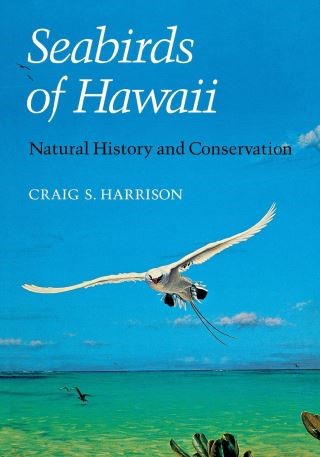 Hawaii is known throughout the world for its uniquely hospitable climate and people. Because of its geographical isolation and tropical-subtropical location, it harbors numerous animals that are unknown elsewhere in the United States. Unfortunately, Hawaii is special in another respect: it is the endangered species capital of the world. Many of its birds are in jeopardy of extinction.

This book, the first to portray a tropical seabird community, treats the 22 species of seabirds of the Hawaiian archipelago from a conservationist point of view. Craig S. Harrison first establishes the setting, describing Hawaii's birth from undersea volcanoes, its marine biology, and the effects of Polynesians and Westerners on its pristine island ecosystem. He summarizes current knowledge of albatrosses, shearwaters, petrels, frigatebirds, boobies, tropicbirds, terns, and noddies, explaining their similarities and differences with respect to nesting, food habits, migration at sea, and adaptation to a tropical environment.

Craig S. Harrison, a professional biologist, is an attorney in the Washington, D.C., office of Hunton & Williams, a national law firm. He was formerly with the U.S. Fish and Wildlife Service, and lived in Hawaii for 11 years.